Among 201 metro areas with populations of at least 200,000, 89 of those metros – or 44 percent – reached new all-time home price peaks in 2016, according to new data released by ATTOM Data Solutions. Notably, markets reaching new price highs included: Several Ohio markets – Dayton, Columbus, and Cincinnati – also saw new all-time home price peaks reached in 2016. “Much of this is due to a growing economy and the shift from a manufacturing economy to a service-based economy,” notes Matthew Watercutter, a senior regional vice president and broker of record for HER REALTORS® in Ohio. “Median home prices in our markets reached its highest peaks in 2016, largely due to lack of inventory, and supply and demand. Buyers are moving and relocating, causing a great deal of competition for quality inventory, and causing homes to sell quickly, and at a higher price than in recent years. Because appraisers look to the past, and do not predict the future, there are still some appraisal issues where appraisals are not meeting sales price. This can only be rectified through strong sales, so this issue will likely resolve itself.” ATTOM Data Solutions’ report also notes that 95 of the 201 metro areas analyzed still remain below their pre-recession (2009 or earlier) peaks in median home prices in 2016. For example, New York-Newark-New Jersey City remains 14.3 percent below its peak; Chicago is 12 percent below its peak; Washington, D.C., is 3.2 percent below; Philadelphia is 2.9 percent below; and Los Angeles is 1.8 percent below its peak. Source: RealtyTrac
Real Estate Finance 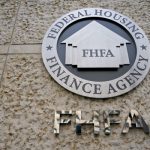