More Americans are showing optimism toward their personal finances and the housing market, a reversal to a five-month decline in Fannie Mae’s Home Purchase Sentiment Index. In particular, Americans are more upbeat about home prices, home selling, their rising household incomes, and they’re less scared about losing their jobs, according to Fannie Mae’s Home Purchase Sentiment Index, a survey of 1,000 Americans in January about their attitudes toward housing. “Three months after the presidential election, measures of consumer optimism regarding personal financial prospects and the economy are at or near the highest levels we’ve seen in the nearly seven-year history of the National Housing Survey,” says Doug Duncan, senior vice president and chief economist at Fannie Mae. “However, any significant acceleration in housing activity will depend on whether consumers’ favorable expectations are realized in the form of income gains sufficient to offset constrained housing affordability. If consumers’ anticipation of further increases in home prices and mortgage rates materialize over the next 12 months, then we may see housing affordability tighten even more.” Here’s a closer look at some of the findings from the latest survey: Source: Fannie Mae
Real Estate Finance 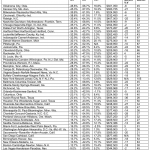 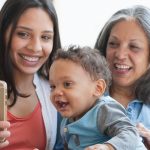