Here’s why brokerages may want to shush some of the politically oriented office banter: It could be making workers less productive. Since the presidential election, many coworkers are talking politics at work or with peers on Facebook. All of the political talk, however, is causing workers to feel distracted from doing their job, a new study of 500 U.S. adults employed full-time commissioned by Wakefield Research shows. Twenty-nine percent of workers admit they are less productive since the election, the survey shows. Eighty-seven percent of employees say they are reading political social media posts during the workday. Millennials are consuming even more than other generations, reading up to 18 political posts per workday compared to the average of 14 posts. Twenty-one percent of survey respondents say they have read 20 or more political posts, which Wakefield Research equates to about 2 hours per day reading political social posts. Further, 73 percent of respondents say they’ve talked with their colleagues about politics since the election; 37 percent have talked politics with their boss or manager. Forty-nine percent of respondents say they’ve seen a political conversation spark an argument at work (63 percent among millennials). Source: “Feeling Distracted by Politics? 29% of Employees Are Less Productive After U.S. Election,” BetterWorks blog (Feb. 7, 2017)
Real Estate 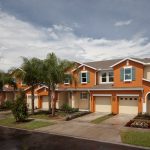