Many first-time buyers are starting to feel like they just can’t catch a break. The continued limited inventories of homes for sale in the entry-level market and a number of other factors are pressing harder on first-timers who are trying to break in to home ownership.“Constrained inventory in many areas and climbing rents, home prices, and mortgage rates means it’s not getting any easier to be a first-time buyer,” says Lawrence Yun, the

Granite is falling out of favor with homeowners. The engineered stone of quartz instead is displacing the long-reigning granite as the top-choice for kitchen countertops.“About 75 percent of our clients are opting for quartz over granite,” Bill Millholland, executive vice president of the design-build firm Case, told The Washington Post. “More people want a contemporary aesthetic in the kitchen, and the clean look of quartz goes with that.

Anyone buying a property wants to get the best price. A smart offer can not only help successfully close the deal, but it can also earn you the gratitude and loyalty of your clients by saving them thousands of dollars, both upfront and over the life of a mortgage.Here are five tips to put your home buyer in a better negotiating position:1. Explain how to read the market.2017 is likely to remain a seller’s market for the most part, though buyers

When Should Buyers Lock in a Mortgage Rate?

A rate lock helps protect your buyers from fluctuating mortgage rates as they’re getting ready to buy a home. It locks in the interest rate for a loan for a certain period of time until the buyer makes it to closing. Your buyers will know what to expect and won’t then fall mercy to a week of rising rates, for example. However, if rates dip, they could get stuck paying a higher rate too. So it can be a catch-22.Here is when your buyers likely

For home buyers hoping to snag a deal, they may want to make a move now. Home prices in January usually decrease compared to the spring and summer buying season.There’s plenty of research to back that up too. NerdWallet recently crunched two years of realtor.com® data that reflected the 50 largest U.S. metros. Researchers found that January and February were the top months for those looking to get a bargain. In those months, home sales prices

Some architects worldwide are building a select few homes that can rotate, allowing for a change of interior views from a room throughout the day or programming a home to follow the direction of the sun to help maintain inside temperatures.In New South Wales, Australia, the Everingham Rotating House is an 5,812-square-foot, octagonally shaped home that can rotate 360 degrees. It sits on a diameter steel platform that allows for it to turn in both

2016 Marked Best Year for Sales in a Decade

Existing-home sales finished out 2016 as the best year since the housing boom days, the National Association of REALTORS® reported Tuesday.Total existing-home sales – which are completed transactions that include single-family homes, townhomes, condos, and co-ops – closed 2016 at 5.45 million sales, surpassing 2015 (5.25 million). It was the highest total for existing-home sales since 2006 (6.48 million), NAR reported.“Solid job creation t

The Surprising Cities Gentrifying the Fastest

In the late 1980s, many residents were moving out of Charleston, S.C.,’s Eastside neighborhood due to a lack of job opportunities. The area became depressed. But things are changing there and throughout America, as many cities are undergoing rapid gentrification due to escalating home prices. But modern urban gentrification can get complicated, urban planners say.“It’s a trade-off,” says David Fiorenza, an urban economics professor at Vil

Do you have the “it” factor to move your real estate business? Travis Bradberry, author of Emotional Intelligence 2.0 and co-founder of TalentSmart, recently highlighted at Forbes.com some of the qualities that make people more fascinating to others.Here are some characteristics you may want to focus more on projecting so that others will find you more engaging:1. Demonstrate passion. “Interesting people don’t just have interests; they ha

What makes a healthy housing market? According to SmartAsset, it is one that shows stability, affordability, and in which homeowners are able to easily sell their homes with a low risk of losing money over the long run.The healthiest housing market in the country: Edgewood, Ky., a suburb of Cincinnati. Homes in Edgewood spent an average of 56.3 days on the market, significantly less than the national average of 169.6 days.Indeed, seven of the top 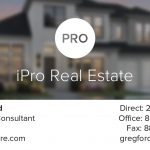 Welcome to the Team Gregory Ford Dealing the DFW Area

Welcome to the Team Gregory Ford Dealing the DFW Area 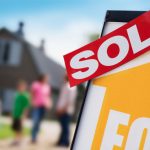 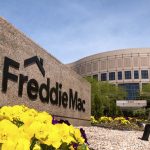 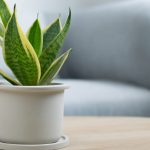 5 Indoor House Plants to Consider for your Staging 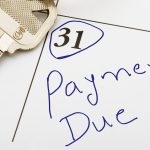